For the first time ever, prevalence data is available on men’s use of violence, alongside women’s experience of violence in Kiribati. This data and its key findings are from the ‘South Tarawa Healthy Living Study: An Impact Evaluation of the Strengthening Peaceful Villages (SPV Violence Prevention Intervention in Kiribati’) which collected data related to community attitudes and behaviours on violence against women and girls in South Tarawa. 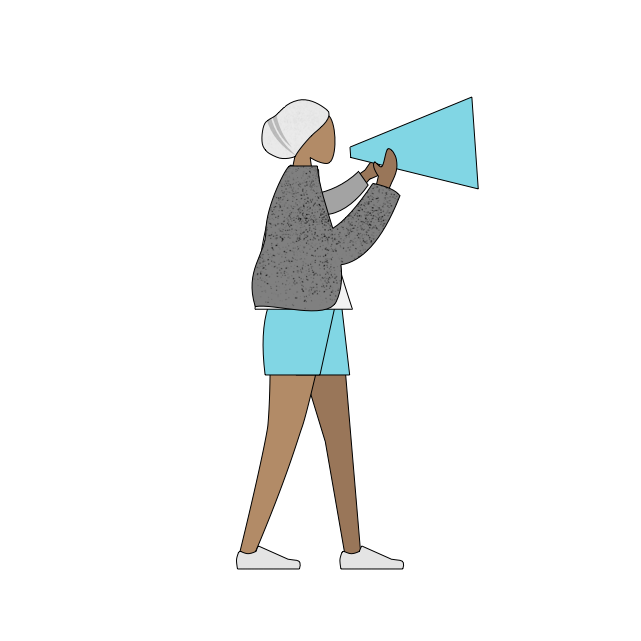 The study was undertaken by The Equality Institute, and commissioned by the Government of Kiribati through theMinistry of Women, Youth, Sport and Social Affairs (MWYSSA) and the UN Women Fiji Multi-Country Office (MCO) through the Pacific Partnership to End Violence Against Women and Girls (Pacific Partnership) programme, funded primarily by the European Union with targeted support from the governments of Australia and New Zealand, and cost-sharing with UN Women.

Conducted between February and April 2019, data collection included surveys of 629 randomly selected women and 556 men, aged 15 to 49 years, and in-depth interviews with selected community members with community village leaders, community members and village activists across 18 SPV intervention villages in South Tarawa where the programme is being implemented.

The finding that men reported a higher perpetration of intimate partner violence than women disclosed experiencing is not unique to Kiribati or to this study. This disparity is a common finding across different countries in the Asia-Pacific region and beyond.

The difference between reported perpetration by men and reported experience of violence by women likely reflects the normalisation of violence against of women in the community. It may also reflect the perceptions of shame for women experiencing intimate violence, which then discourages some women from disclosing the violence they experience.

His Excellency Taneti Maamau, President of the Republic of Kiribati, who launched the SPV programme last year, said, "unfortunately in many of our villages, some people think that domestic violence is acceptable and normal within relationships and families, but this is not normal nor okay and we must work together to no longer accept such behaviour in our homes and villages. Through this Strengthening Peaceful Villages project, we can change our mindsets and revive the parts of our Kiribati culture that promote peaceful, caring and respectful relationships and united families who are free from violence. In doing so will lead to more peace, security and development in our villages and in our nation."

The violence that women and girls experience is frequent and severe, based on both women and men’s reports, and consistent with global patterns of violence against women and girls. Among all women who had experienced intimate partner violence in the past year, three quarters (74%) had experienced severe violence – meaning violence that has a high potential for causing physical injury. Similarly, the men’s survey found that 68% of men who perpetrated intimate partner violence in the past year had perpetrated severe violence against their female partners. This demonstrates that, in South Tarawa, men’s use of violence against their female partners is usually a pattern of behaviour, not a one-off incident. The high levels of violence found by baseline study signal the importance of community-based primary prevention programmes, such as the SPV programme, to reduce the prevalence of intimate partner violence in South Tarawa.

Principal Women’s Development Officer at MWYSSA Anne Kautu, said “stopping violence before it starts is vital as response services alone cannot address a complex social problem of this size and scope. This is best achieved by addressing the root causes of the violence, using a whole-of-population level approach like the SPV programme, which is the Government of Kiribati’s biggest intervention initiative to prevent violence against women and girls in the country. The results of this study will further inform and strengthen the programme to reduce the rates of violence in South Tarawa. Many of these social norms that we have are rooted in deeply held beliefs that there are justifiable reasons for husbands or boyfriends to use physical violence to discipline and control their wives or girlfriends. The silence, shame and stigma associated with this kind of violence makes it difficult for women and girls to disclose and seek support for the violence they experience, and for all community members to break this cycle”.

In Kiribati the study was conducted in close partnership with MWYSSA, the Kiribati National Statistics Office (NSO) in the Ministry of Finance and Economic Development, and the Kiribati Women and Children’s Support Centre (KWCSC). All findings from the study was validated by I-Kiribati research partners and stakeholders. The KWCSC developed the study’s safety and support plan and contributed to the training of the enumerators, further strengthening the study’s ethical and safety mechanisms.

Executive Director at The Equality Institute Emma Fulu, said, “conducting safe, ethical and feminist-informed research on violence against women is not easy. However, through this collaborative process with national partners, which promoted cross-learning between EQI researchers and Kiribati researchers we have demonstrated that not only is it possible, it leads to ground-breaking findings and the process itself can be transformative. This research is action-oriented. Through these statistics and in-depth qualitative narratives, we now have a much clearer idea of how to effectively tackle the complex problem of violence against women and girls and create a more peaceful community for all”.

Findings from the baseline study will be used to inform the five-year Strengthening Peaceful Villages programme by MWYSSA which targets 18 villages in South Tarawa, reaching half of the country’s population, approximately 56,400 people. This community-led programme engages a wide range of stakeholders – including women, men, youth, community and cultural leaders, and religious leaders, among others – to address the imbalance of power between men and women which leads to violence against women and girls, and promotes safe, healthy and happy families and villages.

UN Women Fiji Multi-Country Office Ending Violence Against Women and Girls Technical Specialist – Prevention Farrah Kelly said the, “results of the study will not only contribute to the evidence on what works to prevent violence women and girls in Kiribati and share learnings, and best-practice on community-led approaches, but will consolidate and build upon existing work to prevent violence against women and girls in the region”.

To prevent violence against women and girls in South Tarawa, the SPV Programme is implementing a range of key strategies to engage community members and leaders in activities that spark self-reflection and positive change for peaceful and healthy relationship sand families.

The MWYSSA through SPV stakeholders will continue to evaluate the impact of violence against women and girls and collect data at two other points during the lifetime of the SPV programme - at the midpoint of the programme in 2021 and at the end of the programme in 2023. Through this three-stage study design, the impact evaluation will be able to assess the effectiveness of the SPV programme at reducing population-level rates of current intimate partner violence in South Tarawa.

The Secretary for MWYSSA Roreti Eritai, acknowledged UN Women and the Pacific Partnership programme donors for supporting the SPV programme and conducting the baseline study in South Tarawa, Kiribati. She emphasised that violence against women and girls is everyone’s business and the findings of the study will inform further programming. She further highlighted the importance of a proactive approach to prevent violence against women and girls from happening as such actions will have permanent impact on survivors. Such approach will involve working with multi-stakeholders, which MWYSSA, through its various divisions, is committed to do so with the support of Government and development partners.

A copy of the 2019 Baseline Study of the SPV Impact Evaluation, including an evidence brief summarising the key findings, can be accessed here.

Previous
Back to Blog
Next